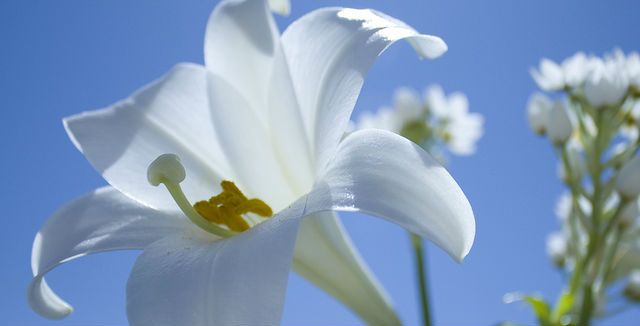 Here is the story of our first pregnancy

Three years into our marriage, we found out we were pregnant.  We weren’t planning or even trying, so we were surprised to say the least.  But, as soon as I saw that plus symbol on that pregnancy test something inside me change.  While, still so afraid, I suddenly wanted this child more than anything I could imagine.  I had a fierce love for something so teeny tiny.   We called our family, we picked up books to read, and we started dreaming of names.  I called the doctor to get an appointment right away.  I was so excited to see the baby!

A few weeks later, Matthew and I walked into the doctor’s office, giddy.  We were taking pictures of everything, giggling and letting the excitement pour out of us.  After all we going to be parents! We were creating something together and the intimacy in that felt so special.

When the doctor came in and started the ultrasound she didn’t say anything for a while.  She then proceeded to explain to us that she could not see the baby’s heartbeat.  She could see the gestational sac but could see no baby inside – no fetal pull and no heartbeat.  She wondered if my numbers and dates could be off and suggested we do another ultrasound in a week as well as check my blood levels.  Maybe the baby was just much younger then I had expected.  We were heartbroken, and the tears just started flowing down my cheeks, but I felt hopeful that maybe I was just too early.

My blood work came back great – my levels were doubling which helped to explain the added nausea.  That made me feel so hopeful.  On the way to go into the next ultrasound I had to stop to puke on the side of the building.  I am pretty sure that might have been the only time I felt glad to be sick.  It felt like an assurance that this baby was still alive and still growing inside of me.

But at the next ultrasound we got the same awkward silence and more questions about the first day of my last period.  We were coming to the realization that we had lost our baby.  The doctor came in and confirmed our fears – I was having a miscarriage.  They called it a blighted ovum.  A Blighted ovum “occurs when a fertilized egg implants in the uterus but doesn’t develop into an embryo. It is also referred to as an anembryonic pregnancy and is a leading cause of early pregnancy failure or miscarriage. A blighted ovum causes about one out of two miscarriages in the first trimester of pregnancy.” I was now entering into a club I never wanted to be in – women who had miscarried.

After the procedure, I woke up to see Matthew’s concerned and sad eyes looking at me.  And we both just sat there and cried.  How could something so small, leave an impression on me?  All I know is that the life that grew inside was alive even if it was for just a blinking moment.  That child was ours and was loved!

After months of grieving, I was blessed with some amazing friends who had walked with road too, and came and put their arms around me.  But I was also a little surprised by the lack of reactions by others.  In fact, some close family did not even acknowledge it.  I don’t feel hard feelings about that, I get that.  Maybe you don’t know what to say – I’ve totally been there.  But I think there is also a fear that maybe people to feel that because you never held that baby in your hands, because you never knew what gender it was, that you never told everybody the news that it isn’t something to be grieved.  When I share I have had a miscarriage I am often immediately asked: how far along were you?  As if the length of the pregnancy determines the severity of the loss.

I share this part of the story because I feel passionate to be voice to those who are there grieving and feeling so completely alone.  Your child was yours, she existed, and you are a mother, you are a father! In light of that, Matthew and I decided to pray about the name of our baby.  I am not sure if our child was a boy or girl, but Matthew and I sat there and both had the same exact name on our hearts – Lily. Our Lily existed, she was loved, and she will always be remembered.

2 Replies to “Miscarriage: A Person’s a Person No Matter How Small”